The Dream by Pablo Picasso 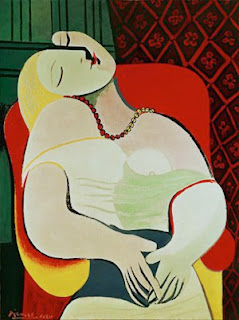